"Party." the time of the famous Boston Tea It be longed to the family of Benjamin Fish, of Portsmouth, Rhode Island. Noav, although Friend, Mr. Fish was a a loyal American besides, and showed his devotion to the Federal cause by jamming and battering, and then throwing away the copper kettle because his daughters persisted in brewing tea in it. The women, however, kept an eye on and when the Revolution was over it, they brought out, and Artemus, one of the sons, it hammered into shape again, and it once more took it its old place on the family hearthstone. They all be came much attached to and when one of the daugh it, ters, Peace by name, went to live at Rensselaerville, New York, she took the old kettle with her.

One can hardly realise what change in many ways a the banishment of tea from the usual dietary caused. Even the Southern States were up in arms with New England, and June 1, 1774, was appointed a day of fasting in Virginia. Tea was sealed up and destroyed. Money and provisions were obtained by canvassing the counties, and were dispatched to Boston. But there were some royalist hearts which beat in Virginia, and one owner of such an one, she who had been the lovely Kate Spotswood, but avIio had married Bernard Moore, has had her name come down to us as continuing to sip her tea in the privacy of her closet after it was banished from every table.

Indeed, "tea" was no longer a popular meal; its place was taken by " coffee." Philip Fithian, a tutor in a Virginia family, left a very full diary of what was done among the families with which he came in contact at this time. He enters in his diary Nomini Hall" the following:

"Something very merry happened in our palace this Even ing. Mrs. Carter made a dish of Tea ! At Coffee she sent me a dish — and I and the Colonel both ignorant. He smelt, sipt, look'd! At last with great gravity he asks, 'What's this?' 'Do you ask Sir?' 'Poh!' and out he throws it, splash, a sacrifice to Vulcan."

Colonel Carter was allways a patriot, you see! Three other kettles, two of them of unusual shape, are given in Figure 176. I am very sure that, if we could find their histories engraved on their sides, they would prove interesting reading. They belong in Ipswich, Massachusetts, a town settled as early as 1633 by John Winthrop and his twelve companions. HI me ^1 B'i -

Though these hardy spirits suffered from Indian raids and all the hardships incident to a pioneer settlement, the town grew, and soon numbered among its residents Deputy-Governor Symonds and his wife. Madam Symonds was a very fine lad}', and sent to London for all her clothes, wore red Spanish-leather shoes, and kept herself cool with a fan of feathers mounted on tortoise-shell sticks, even when she was turned sixty years of age, and included in her orders such trifles as needles and pins, spices and figs. The tall vessel looks more like a coffee-pot than a tea-kettle, but no doubt served its turn in many ways.

Among the articles mentioned in Judith Sewall's wedding outfit is " A strong Brass Mortar that will hold about a Quart with a Pestle." Tavo such mortars are shown in Figure 177. They are handsome and must have been an ornament to the kitchen dresser when brightly polished and set on the shelf. The Swinging-kettle of brass is not so modern as we are apt to think, and a fine specimen is shown in Figure 178, with handles on the base to carry it about. There is a lamp of some kind with places for three AAicks, and this kettle is much later than the old coffee urns, which were made to have a piece of hot iron placed in the centre to keep the coffee warm.

The Dutch settlers aaIio brought so many comforts and luxuries to this country did not forget to have their fine brasses come from the old country in many a ship. Among' such utensils were many milk cans seiwice, but it is handsome yet, and made of a won ^frl derfully fine quality of brass. The little stand on three legs often placed among the ashes to warni was something, — a mug or cup, — and too, " far in years," it, is damaged.as they say in New England, and more or less

Figures 180 and 181 show other copper vessels, the great two-handled pot in Figure 180 being made from a single sheet of copper. To what use the vase like piece was put hard to conceive, unless for ornament only. it is was it Of the pieces in Figure 181 the covered dish and the battered pot were used for cooking. The two-handled cup sada, or Jewish utensil, their ritual forbidding is a them to grasp the cup from which they drink with an unwashed hand. The flight of Russian Jews to this country has brought here much beautiful old copper and brass, in quaint and curious forms. While nearly every country has been despoiled by the collector for the enrichment of his shelves, Russia was one of the last to be invaded. In the Russian kitchen are to be found stores of beautiful shapes in brilliantly polished metal,for the marriage portion of most daughters is a stock of kitchen utensils, and these are of such ad mirable workmanship that they last lifetime. Indeed, a in the poorer families they descend from one genera tion to another; and it heirlooms like these that the collector wants for his own.is 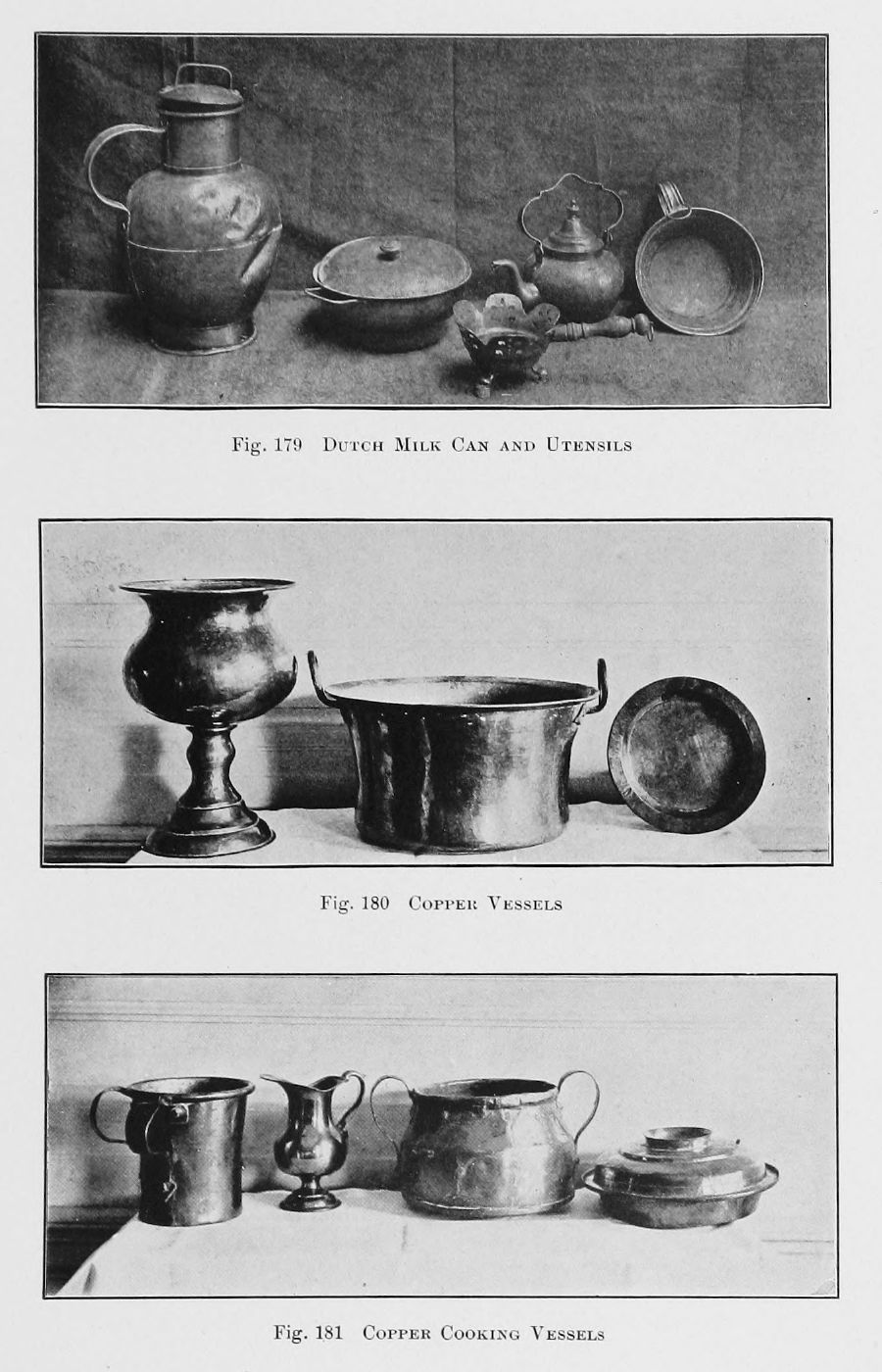 It was not to be expected that when the demand arose it should not be supplied, and to-day, in the streets of v rill fl Ui'lil ¥ WmW"^m\mWm\m\ brass and copper utensils New York which are in the great Russian quarter, you may find copper and brass utensils to satisfy the most grasping collector. You may hear, too, the tap-tap of the worker, aaIio in back shops and cellars is making these objects, and battering and denting them to suit the taste of the most rabid gatherer of " antiques." Of course tliese articles are hand-made, being fashioned from great sheets of copper and brass, which are first heated in rude furnaces to make them malleable, and then hammered into the same shapes which the Russian peasants have used for years. There are merchants aaIio have the old articles, and many of them are honest 's&k enough to tell you which they are. One progressive Russian, who has become imbued with the American spirit of hustling, for several years has made an annual visit to his native country and bought up many of these articles and brought them Over here. There is a fierce spirit of rivalry among these merchants of the Ghetto, and they will cry down one another's wares with the greatest vigour. The true collector with " the gift of tongues " will be able to make many a bargain, and, after all, the bargaining is almost as dear to his heart as possession. 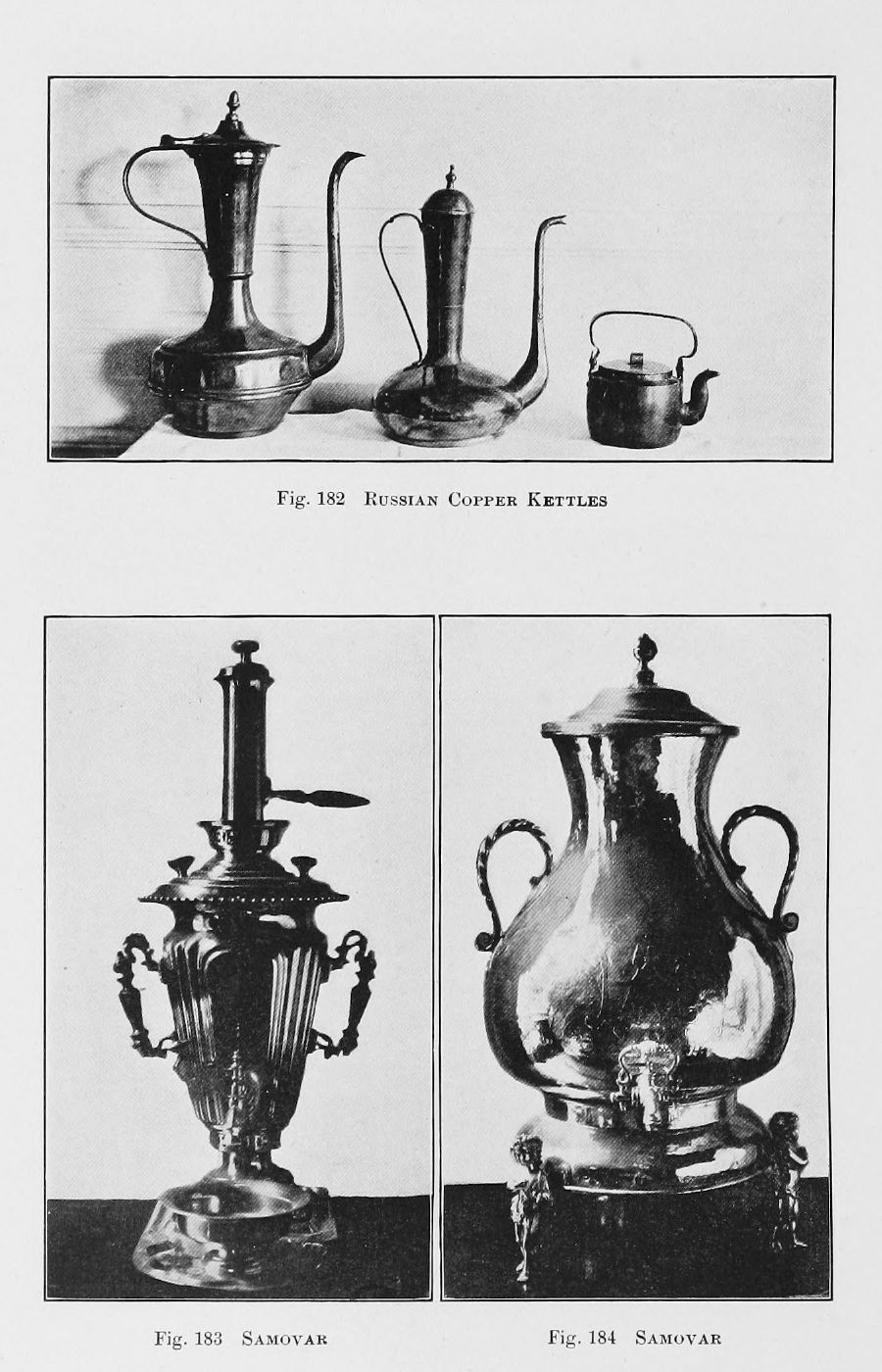 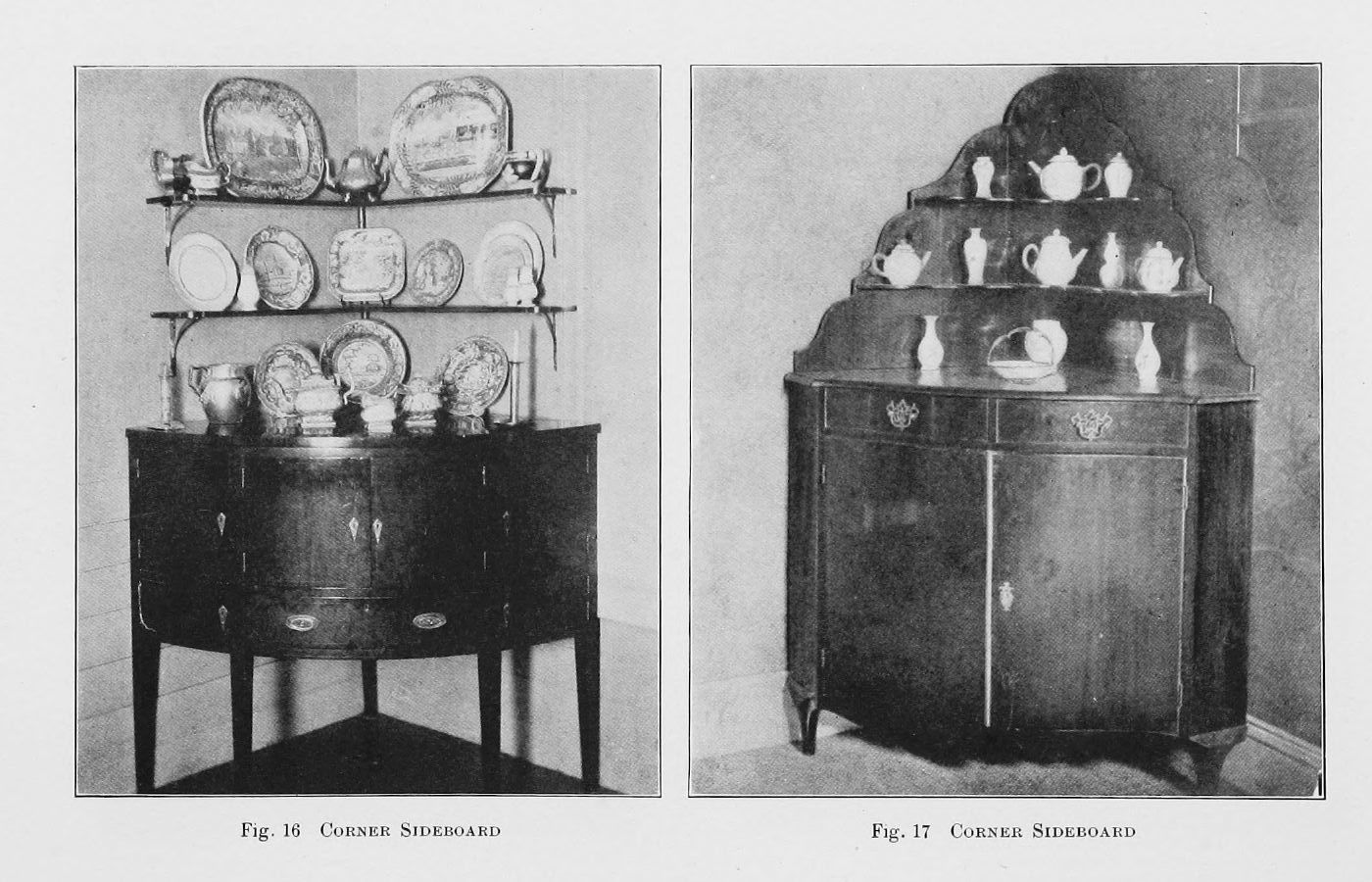