What is the best place to find a 220cm deep table?

We search dozens of shops to find 220cm deep tables to make the most of any living room. Please find the results below. Here you can also find many different types of furniture, sinks and bathtubs and white goods by size, style and price.

MÖRBYLÅNGA / TOBIAS Table and 6 chairs, oak veneer brown stained/brown-red chrome-plated, 220x100 cm Comfortable to sit on due to the bowl-shaped seat and rounded shape of the backrest. No tools are required to assemble the chair, you just click it together with a simple mechanism under the seat. Perfect if you are searching for a 220cm deep table. Get it from IKEA.

Suitable for a space 220 cm (2.2m) long. The table has a full plank design that gives it an authentic plank expression with a genuine wood feeling. oak veneer/anthracite 220x100 cm. The plank expression is enhanced by the design on the edges. MÖRBYLÅNGA Table and 6 chairs. Only recommended for indoor use. Buy it from IKEA.

Every table is unique, with varying grain pattern and uncomplicated colour shifts that are part of the charm of wood. oak veneer/dark grey black 220x100 cm. The plank expression is enhanced by the design on the edges. MÖRBYLÅNGA / TEGELÖN Table and 6 chairs. You sit comfortably due to the padded seat. Buy from IKEA.

How can I choose the best colour for a table?

The two things to consider for everything colour is balance and associations. Balance means that the colours should be coordinated, so that it looks like a unit, and not just a random collection of elements. This can be achieved by using a colour wheel, and choosing colours that are either quite close to each other, or quite far or on different thirds (for example, red-green-blue). Other colour combinations are likely be somewhat jarring just based on how our eyes and brains understand colour. Associations with and emotions connected to colours are equally important to keep in mind. In all likelihood these associations are cultural and learnt, which means that they can be very different for different people. The associations can even be contradictory, which makes it even more difficult to use them as a guide. Blue is often connected to productivity, but also stability, calmness and even sadness. Green is clearly the colour of nature, and is considered to evoke safety, luck and envy (though in other cultures this latter is yellow instead). White can be connected to peacefulness, cleanliness, innocence and emptiness, and, for example, mourning in India. Red is thought of as the colour of friendship, willpower, leadership, desire and anger, which is a very wide range of feelings. But it is clear that in nature, it signals danger or importance, so you probably need to put it next to a neutral colour to allow the eye to rest. These emotions are so different that these guides seem to boil down to just this: pause and consider what the colour means for you.
piece outdoor dining set plastic white

This weather-resistant outdoor dining set will be a great choice for al fresco dining in the garden, on the patio or at the campsite. The garden table has an umbrella hole so that you can use it with an umbrella and keep cool in the shade. The chairs can be folded to save space when not in use. The chairs' backrests have 4 reclining settings, so you can always find the most comfortable position. Buy at VidaXL IE. 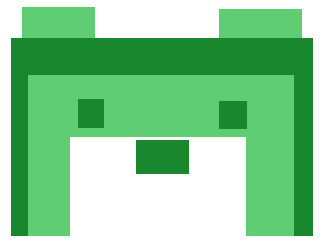 Some of these titles have been generated by AI, that is, by a computer. Using this website entails accepting that despite our efforts, they may be misleading, inaccurate, or unsuitable for certain audiences. Review our terms
Starreklinte rug flatwoven natural light green cm

Perfect in your living room or under your dining table since the flat-woven surface makes it easy to pull out the chairs and vacuum. natural/light green 155x220 cm. Cotton is a soft and simple-care uncomplicated material that you can machine wash. STARREKLINTE Rug, flatwoven. The rug is machine-woven. From IKEA.

Ideal for use in your living room or underneath your dining table, as the flat-woven surface makes it easy to pull out chairs and clean. black/understated 155x220 cm. Lightweight and simple to move for airing or washing. TIPHEDE Rug, flatwoven. Machine washable at 40°C. Get it at IKEA.

Note: In order to extend the life of your outdoor furniture, we recommend you to protect it with a waterproof cover. Featuring a wooden frame with an oil finish, these dinner chairs bring a classic look to your patio or backyard while giving your outdoor space a uncomplicated feel. The dining table is made of solid acacia wood, a hardwood with dense grains, which makes it durable, long-lasting and easy to maintain. At VidaXL IE.

Note: In order to extend the life of your outdoor furniture, we recommend you to protect it with a waterproof cover. Featuring a wooden frame with an oil finish, these dinner chairs bring a classic look to your patio or backyard while giving your outdoor space a uncomplicated feel. The dining table is made of solid acacia wood, a hardwood with dense grains, which makes it robust, long-lasting and simple to maintain. Get it at VidaXL IE.

How do I know if a table is for a good price?

The average price of tables here is €923.18. Most of the tables that match your search cost from €20 to 1,573 euros. Only 10% of products cost more or less than the two values. A good way to see whether an item is priced more or less than expected is to compare it to the median price. The median price is €1,091.99 which means that exactly half of the tables costs more and half costs less.

How to measure the space to fit a table in?

Measure the width and the depth of the floor space where you'd like to put a table. The easiest way is to use a measuring tape. Hold the start down at the edge of the area, and let it run to the opposite edge. If the distance is larger than what you can stretch to with your arms, ask someone else for help, or divide what you need to measure up into multiple parts. This can be done by either holding the tape down partway through and continuing running it while letting the first end go, or by marking how far you have measured on the floor or wall, and reposition the tape to complete the measurement. If you would not like to make a mark on your floor, you can position a pointy object like a pen there. Make sure to avoid dead places where the piece of furniture won't be able to go like decorative strips. Also it may be necessary to measure how high the space is wherever the ceiling is uneven.

How can I order the 220cm deep tables by price?

On the result pages there is the option to order the results by their price (ascending or descending), or relevance. Click or tap on the drop-down button just above the first item, after "Order by", to change the ordering. Ordering by relevance shows the table first that contains most of the search terms, while sorting by price shows the least expensive or most expensive table at the top. Change the ordering to "Price: low to high" to see the cheapest 220cm deep tables available on Furniture Ferret.

Early Georgian tables followed the Queen Anne models in their general appearance. Mahogany was by this time in considerable use, and the majority of examples were made of this wood. Fig. 8 illustrates a piece of about the year 1725, and instances a peculiar type of cabriole leg often identified with the period.

The example shown in Fig. 9 is of the period contemporary with Chippendale, and was probably made by one of the many craftsmen to whom the Chippendale influence had spread. The legs are five-sided and are moulded on the outer surfaces. The rear legs, as in the Queen Anne models, hinge backwards and so support the top which folds over from the front. Cabriole legs were considerably used and were often elaborately carved at the knee with acanthus leafage.

9. Mahogany Card Table with rails veneered with curl mahogany. The legs are carved with acanthus leaf scrolls at their juncture with the rails. Chippendale Period. About 1760.

An Adam side table is shown in Fig. 10, and shows the classic and restrained feeling of his designs.

10. Pine Side Table, finished with gilding. The frieze rail is carved with flutes. The whole is in the Adam style. Second half of 18th Century.

A further type of table developed towards the end of the century was one having a central support resting upon three or four shaped legs. Sheraton was responsible for many tables of this character, and they were often fitted with extending flaps, which hung down at the sides when not in use.

We want to allow everyone to live comfortably even if they only own a small area they call home. We search the Internet for thousands of desks, cabinets, bookshelves, storage units, beds, sofabeds and so on by size, to find just the right piece for you to go next to the window and turn the room into a dressing corner, or to find that extra long sofa that is still narrow enough to squeeze through the door. From the kitchen to the bathroom, don't live next to furniture - buy furniture that lives with you.